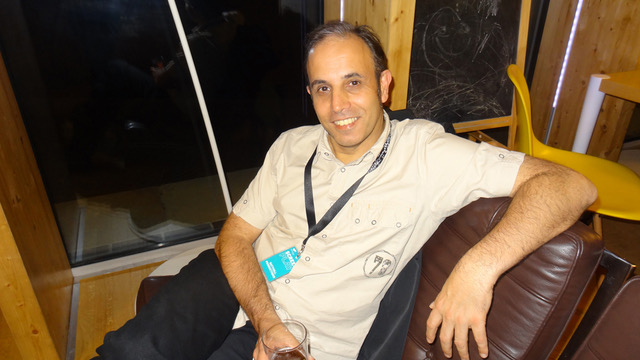 Thursday 26th May
As part of our Focus on Scottish Film, Paul Bruce founder of the Edinburgh Short Film Festival has curated this Short Film Porgramme.

‘GO HOME’
‍Dir: Razan Madhoon | Drama | 10mins
A Palestinian woman claiming asylum in the UK, faces the indifference of British bureaucracy and a disillusioned asylum officer on the verge of leaving the country for good.

‘JEALOUS ALAN’
Dir: Martin Clark | Drama | 16mins
When Alan discovers his best friend Stuart and Angela are secretly dating, jealousy drives him to fiol it and wrestle where his passions really lay. 1980's Edinburgh and Glasgow.

‘KEITH WATER’
Dir: Izzy Gibbs | Animation | 15 Mins
A small film about a small river. A stop motion story made mostly from wood from the river found during the 2020 lockdown. A remarkable stop-motion celebration of the Keith River.

‘SHORT CHANGED’
Dir: Zoe Hutber | Animation | 5 Mins
A delightful, Scottish stop-motion short about a couple’s struggle against the system in a world where everyone is made of money.

‘WHAT’S LEFT TO SAY’
Dir: George Farrow-Hawkins | Music Video | 3 mins
Touching and thoughtful stop-motion animated video for the song ‘What’s Left to Say’ by Constant Follower. The animation is both poignant and introspective and deftly edited.