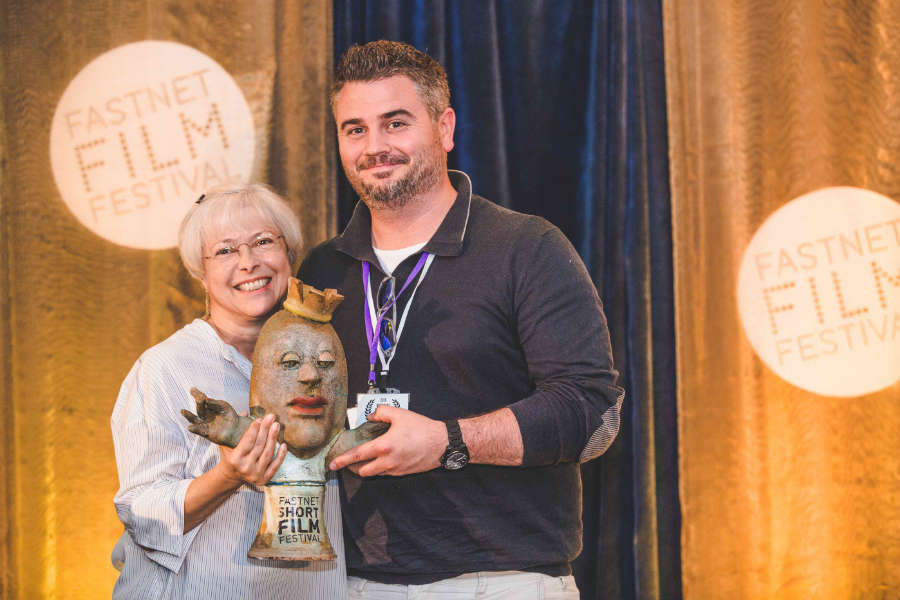 Submission entries will only be accepted through FilmFreeway:

Please note that each entry is for one category ONLY. The categories are Best in Cork, Best Irish Student of Film & Media Studies, Best Young Filmmaker (U19), Best Drama, Comedy, Documentary, Animation and Art House.

If you wish to enter two, i.e. Drama and Comedy etc., then two entries will have to be made and the entry fee will have to be paid twice. Films entered into Drama, Comedy, Documentary, Animation & Art House will automatically be eligible for all craft awards.

If a filmmaker is aged 18 or 19 on 31st January 2023 and wishes to enter both the Young Filmmaker Competition and any of the Over 18 Categories, then they may do so with the same film. The filmmaker will also need to pay the fee for each separate competition entered as stated above.  In this case there would be no need to submit additional copies of the film or the film’s promotional material.  This also applies to the Best in Cork and Best Student of Film & Media Studies.

Categories: Best Young Filmmaker (U19) and Best Irish Student of Film & Media Studies – no longer than 10 mins including credits & titles.

Please ensure that you complete the entry form as instructed.  PLEASE NOTE: The Judges view the films as they come in, so the version of the film you upload at the time of entry is the version they will judge.  It is in your best interest to submit the FINAL version at time of entry, as requested.  If your film is not finished then please do not submit your entry until it is ready.

Please note that only films completed on or after 1st January 2021 are eligible for entry into our festival competitions.

Please make your submissions as soon as possible to allow us to view your entries and make our selections for screenings, but take note:

To enter, please complete the form on Filmfreeway remembering to upload your finished film and stills.  An email will be sent to you to confirm that all elements of your entry have been received.

Please ensure that you submit your stills and brief synopsis. The maximum running time should be as indicated above including all credits.  We will not accept entries which exceed these time limits in the specific categories.

Please ensure that you submit your stills and brief synopsis. The maximum running time should be as indicated above including all credits.  We will not accept entries which exceed these time limits in the specific categories.

We will contact you by the end of March 2023 to let you know if your film has been selected for competition AND screening.

What the press are saying

“Despite the picturesque town’s remoteness, the wonderful international spread of countries represented by short films at the Schull festival is perfect testament to the imaginative resourcefulness of its organisers. The small town of Schull has proved itself perfectly capable of being the active hub of an energetic and sprawling global medium.” Barry Monahan lectures in the history and aesthetics of Irish and other national cinemas, and film theory, at University College Cork.