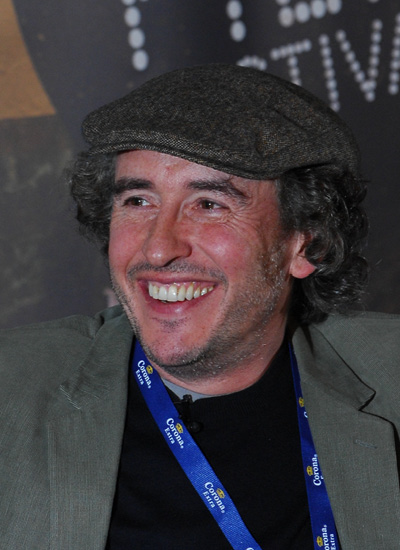 Stephen John Coogan (aka Steve Coogan) was born in Manchester and studied acting at the Manchester Polytechnic School of Theatre.

In the 1980s he began his career as a voice artist on the iconic satirical TV programme Spitting Image and later went on to develop the character of Alan Partridge of whom he once said: “People have made the observation…….. that Steve Coogan’s becoming more like Alan Partridge. It’s not actually true. Alan Partridge is becoming more and more like me.” For this role, Steve received three BAFTA nominations and two awards for Best Comedy Performance.

He co-wrote, acted in and produced Philomena (2013) for which he received a Golden Globe, a BAFTA and two Oscar nominations.

Steve has a great love of all things West Cork and his company Baby Cow came on board with the Fastnet Film Festival as the sponsor for our ‘Best Comedy’ submission.

Steve was a special guest at our 2010 Festival, was interviewed by Greg Dyke and he returned in 2014 bringing with him key members of the Philomena team. We look forward to our continued relationship with him.