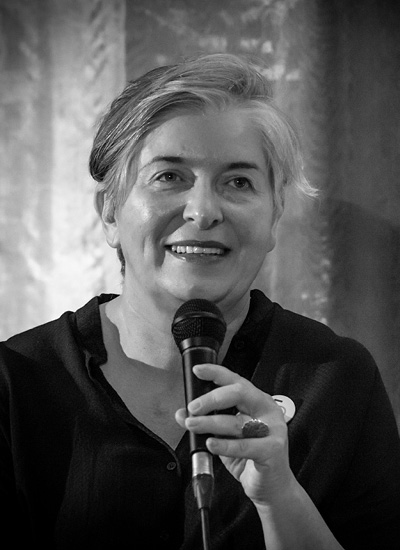 Maureen began her Casting career in theatre.  In 1984, she joined Druid Theatre Company and quickly began a working relationship with Garry Hynes, the Artistic Director which brought her to becoming the Head of Casting in I990 at the Abbey Theatre, Dublin.  She spent two years there and then moved to film casting where she assisted Susie Figgis (UK) on the casting of  THE BUTCHER BOY for Neil Jordan. She returned to Ireland to work with Jim Sheridan on the Daniel Day-Lewis helmed THE BOXER.

Over the past twenty years, she has worked with emerging writer/directors, Martin McDonagh for whom she cast the initial trilogy of plays THE LEENANE TRILOGY which was directed by Garry Hynes and went on to win several Tony Awards for Acting in New York.  She also cast the Oscar winning Short SIX SHOOTERfor Martin McDonagh.  She has cast several projects in Ireland for John Carney including the Oscar winning film for Best Song, ONCE.

Her work on Irish television is marked by a 5 year season of LOVE HATE, a remarkable series written by multi award winner, Stuart Carolan,directed by David Caffrey, and produced by Octagon Pictures. The team recently returned with 6-part series, TAKEN DOWN, also written and developed by Stuart Carolan. She also cast RAW, CHARLIE (a bio drama of the Irish Taoiseach, Charlie Haughey played by Aidan Gillen) REBELLION and ACCEPTABLE RISK.

She has worked with many international directors shooting in Ireland, Paolo Sorrentino THISMUST BE THE PLACE with Sean Penn, Erik Poppe’s A THOUSAND TIMES GOOD NIGHT with Juliet Binoche.  She recently co-cast on the forthcoming pilot for MGM entitled DAWNdirected by Robert Stromberg and provided Irish casting for the US TV series YOUNGER.

Recent film includes EXTRA ORDINARY for Blinder Films to be directed by D.A.D.D.Y, which will premiere at SXSW this March. A GIRL FROM MOGADISHU directed by Mary McGuckian, MAZE directed by Stephen Bourke, THE DRUMMER AND THEGOALKEEPER, directed by Nick Kelly and WE HAVE ALWAYS LIVED IN THE CASTLE, directed by Stacey Passon , all to be released later in 2018.