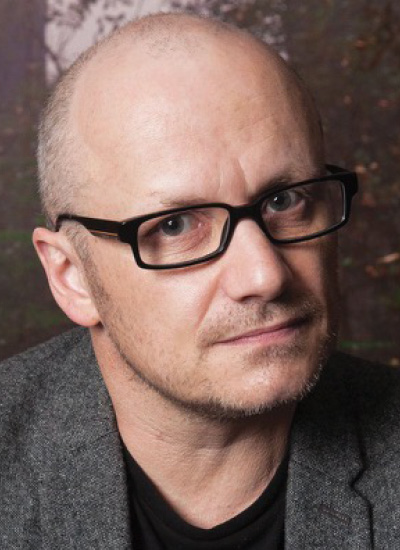 Lenny Abrahamson was born in Dublin in 1966. He studied Physics and Philosophy at Trinity College Dublin and graduated in 1991 with First Class Honours (Gold Medal). While at university he directed short videos with the Trinity Video Society, which he co-founded with Ed Guiney.  His first short film, 3 Joes, won the Best European Short Film Award at the 1991 Cork Film Festival and the Organiser’s Award at the 1992 Oberhausen Short Film Festival.

His debut feature film, Adam & Paul, a stylized downbeat comedy written by Mark O’Halloran, was released in 2004 and won the Best First Feature award at the 2004 Galway Film Fleadh and the Grand Prix at the 2005 Sofia International Film Festival. His second feature film, Garage, another collaboration with writer Mark O’ Halloran, was selected for Director’s Fortnight at the 2007 Cannes Film Festival and won the CICAE Art and Essai award. The film also won the awards for Best Film, Best Director, Best Script and Best Actor at the 2008 Irish Film and Television Awards (IFTAs).

Lenny has also directed for television: his four one-hour TV films for RTE, Prosperity, won the Best Director for TV award 2008 Irish Film and Television Awards. What Richard Did, his third feature, was released in 2012 to critical acclaim. The film, written by Malcolm Campbell, presents a stark portrait of a privileged Dublin teen whose world is unraveled by events on one summer night. What Richard Did premiered at the 2012 Toronto International Film Festival and was selected for the 2012 BFI London Film Festival. In 2012 he directed Frank, a comedy about a young wannabe musician starring Michael Fassbender and Domhnall Gleeson.

In 2015 Lenny directed Room for which he received an Oscar nomination for Best Director. The film also won several awards for Brie Larson, including the Academy Award, BAFTA Award and Golden Globe Award for Best Actress.

Since 2016 he has been a member of the Academy of Motion Picture Arts and Sciences (AMPAS).