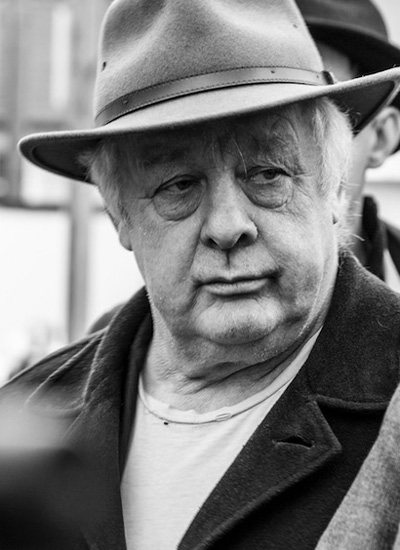 Jim Sheridan was born in Dublin, the son and Anna and Peter Sheridan, an actor and railroad worker. He was initially educated by the Irish Christian Brothers and later graduated from University College Dublin.   In 1981 he emigrated to Canada and then to New York City with his wife Fran.  He has three daughters Naomi, Kristen and Tess.

In 1989, he directed My Left Foot, which became a critical and commercial success and won Daniel Day Lewis and Brenda Fricker Academy Awards.  He followed that in 1990 with The Field, starring Richard Harris who was nominated for a Best Actor Academy Award for his role as the Bull McCabe.

In 1993 he directed In the Name Of The Father, a semi-fictionalised re-telling of the case of The Guildford Four, starring Daniel Day Lewis as Gerry Conlon, the late Pete Postlethwaite as Guiseppe Conlon and Emma Thompson as Gareth Peirce, a human rights solicitor seeking justice. Again Daniel Day Lewis, Sheridan’s leading male actor, was nominated for an Academy award, a remarkable achievement.  In 1996 he and Terry George co-wrote Some Mother’s Son, which starred Helen Mirren.  In 1997 he directed The Boxer with Daniel Day Lewis, which was nominated for a Golden Globe for Best Film Drama.

In 2003, he released the semi-autobiographical In America, which tells the story of a family of Irish immigrants trying to succeed in New York.   The film received positive reviews and earned Samantha Morton and Djimon Hounsou Academy Award nominations.

In 2005 he released Get Rich Or Die Tryin’, a film starring rap star 50 Cent.  In 2010 Brothers starring Tobey Maguire and Jake Gyllenhaal won Jim the IFTA for Best Director.

Jim’s most recent film Secret Scripture is currently on general release and will be shown during this year’s Festival.

In 2009, Jim Sheridan  took time out from a very hectic schedule to attend our Festival .  Greg Dyke introduced him to a packed house where he entertained the audience with anecdotes and stories of his life and passions. We are very proud to have Jim as a Patron and look forward to continuing our long connections with him.