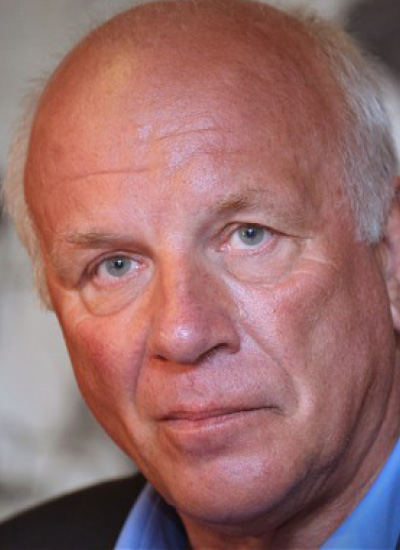 Greg Dyke was educated at Hayes Grammar School and later at York University where he read Politics.   After an early career as a journalist, he started his broadcasting career in 1997 at London weekend Television.   He became Editor-in-Chief of TV-Av in 1983 and the following year Director of Programmes for TVS.   He returned to LWT in 1987 as Director of Programmes and from 1991 to 1994 he was Group Chief Executive of LWT (Holdings)plc.

In January 2000 he became Director General of the BBC and in his four years there he started four new digital television channels, five new digital radio channels, opened two new BBC regions, launched the BBC’s interactive television services and helped create Freeview, a new free-to-air digital platform.   He also made major commitments to expand the BBC’s education services and to improve the cultural diversity of the workforce.  He left the BBC in January 2004 in controversial circumstances following the report of the Hutton Inquiry.   Many thousands of the BBC staff took to the streets to protest at his departure.

After leaving the BBC, Greg Dyke was made the Chancellor of the University of York in December 2004.   In January 2006 he became Chairman of Brentford football Club.   He has many other diverse and interesting projects to which he is committed, willingly giving of his knowledge and experience to new and interesting innovations such as the Fastnet Film Festival.

Greg, who is FA Chairman, makes regular appearances as a panelist on Sky New’s weekly discussion show, The Pledge.