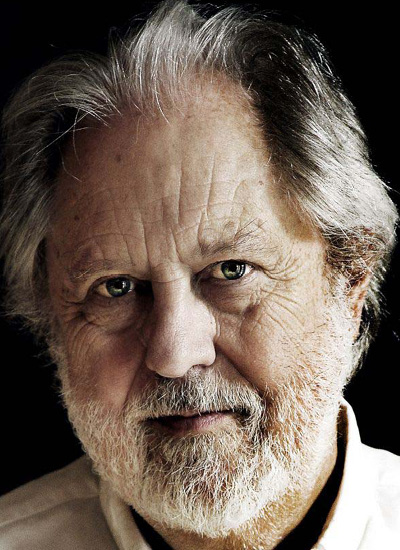 David Puttnam, CBE, FRSA, is a film producer and politician. He sits on the Labour benches in the House of Lords.

He turned to film production in the late 1960s, working with Sanford Lieberson’s production company Goodtime Enterprises. His success as a producer include Bugsy Malone, Midnight Express, The Duellists, Chariots of Fire (which won the Academy Award for Best Picture), Local Hero, Memphis Belle and The Killing Fields. In 1982 he received the BAFTA Michael Balcon Award for his outstanding contribution to the British Film Industry. One of his finest films, The Mission, won the Palme d’Or at the Cannes Film Festival in 1986.  He was Chair and Chief Executive Officer of Columbia Pictures from 1986 to 1988.

Following his retirement from film production in 1998, Lord Puttnam now focuses his work on the field of education. He was appointed President of UNICEF UK in 2002 and has since played a key role in promoting UNICEF’s advocacy, awareness and fundraising objectives. In addition to founding the National Teaching Awards in 1998, he served as Chairman of NESTA (the National Endowment for Science, Technology and the Arts) from 1998 to 2003 and was elected as the inaugural Chair of the General Teaching Council for England in 2001 and was for ten years (1996 to 2006) Chancellor of the University of Sunderland. In February 2006, he was awarded the Orange BAFTA Fellowship of the Academy. In 2007 he was appointed Chancellor of the Open University.

From 2006 to 2012 Lord Puttnam was Deputy Chairman of Channel 4 TV and is currently President of the Film Distributors Association and Chairman of the TSL Advisory Board.