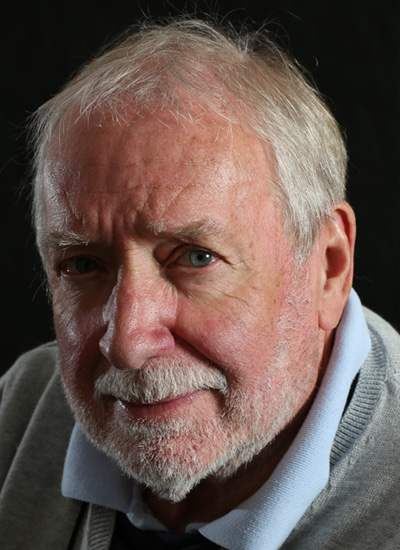 Chris O’Dell, BSC (British Society of Cinematographers) was born in Reading, Berkshire is a renowned photographer and cinematographer, a graduate of the London International Film School, and has worked extensively in the area of television drama. He travelled widely in the 1980s and 1990s filming documentaries and current affairs programmes.

He ran a successful production company making arts and music programmes for the BBC and other clients. Since 1990 has photographed many very successful TV drama series including Agatha Christie’s Poirot, Sharpe, Hornblower, Inspector Morse, the Morse sequel Lewis, and many single dramas. He was also Director of Photograhy in several episodes of successful TV series such as Wire in the Blood, The Last Detective and The Brief.

In 1993 he received a BAFTA nomination for his work on The Big Battalions.

He lives in West Cork, and was Chairperson of the 2009 Fastnet Film Festival.