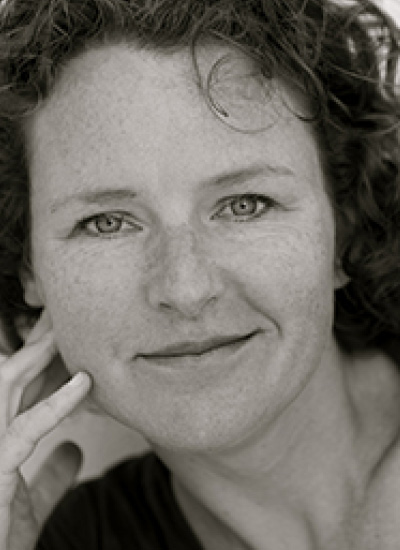 Carmel Winters was born in Cork and studied Drama and English at Trinity College Dublin. She is an award-winning storyteller, the maker of bold and innovative drama for stage and screen.

Snap, her debut feature as writer/director, was critically acclaimed as ‘engrossing… nervy, audacious filmmaking’ (Variety) and ‘a masterclass in storytelling’, (HotPress) picking up a host of awards at international A-list festivals, including Critic’s Choice, (Karlovy-Vary), Best Film (Montevideo), Best Film and Best Director (Dublin Critic’s Circle at the JDIFF) and nominated in the Tribeca Film Festival and the Warsaw International Film Festival in the Best Narrative Feature category.

Her most recent theatre plays include: Witness, which she wrote and directed for its premiere production at Fit Up Theatre Festival, August, 2013; Best Man, directed by Michael Barker Caven and produced by the Everyman Cork with Project Arts Dublin and Cork Midsummer, June/July 2013. Her 2011 Abbey debut, B for Baby, won the Irish Times Theatre Award for Best New Play. Her most recent play, The Remains of Maisie Duggan, premiered in the Peacock Theatre as part of the 2016 Dublin Theatre Festival.

Carmel was appointed Film Artist in Residence (Screenwriter) 2014-15 at University College Cork by UCC and the Arts Council.