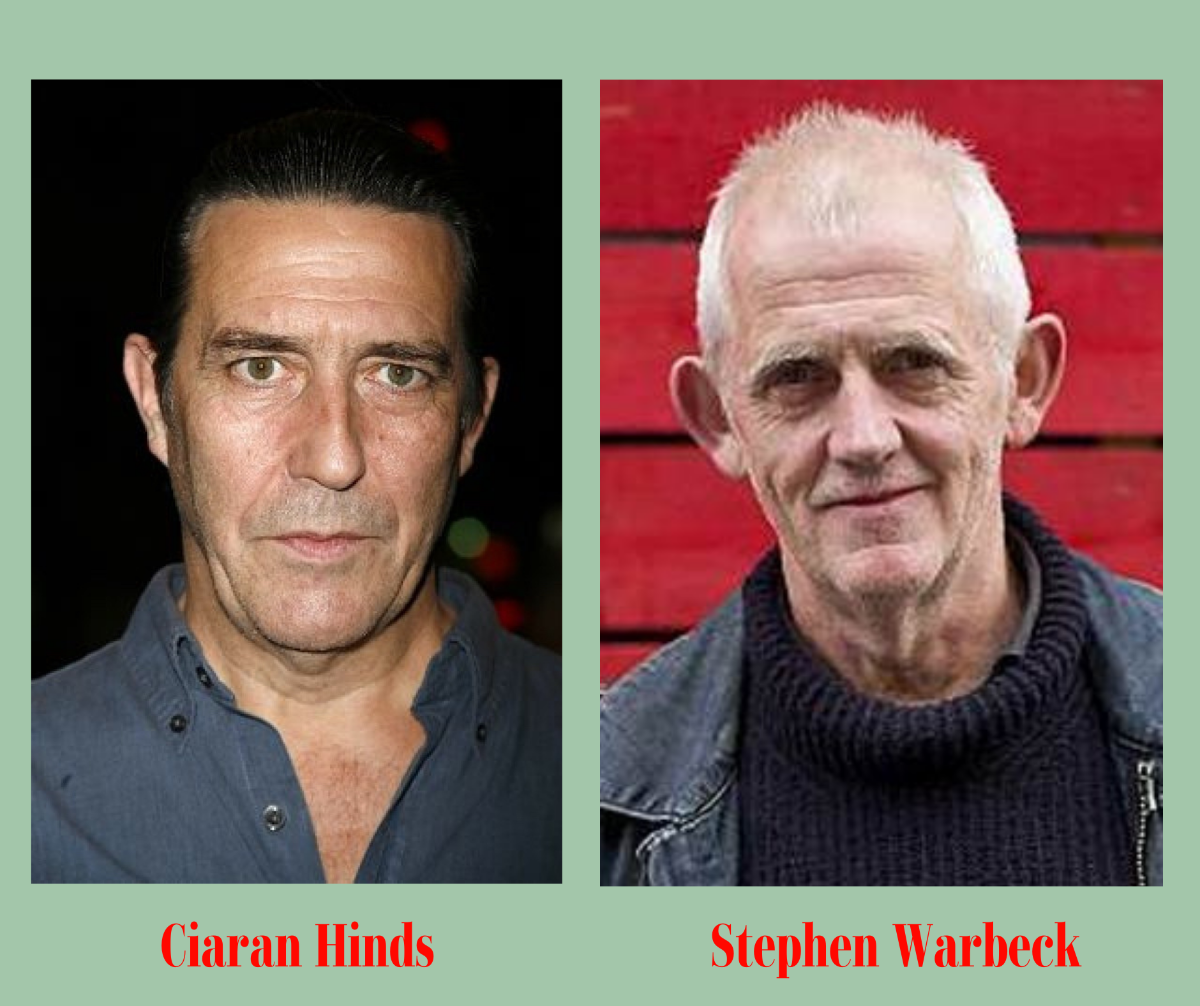 We are thrilled to add ‍Ciarán Hinds & Stephen Warbeck ‍to our line up in May.

Ciarán Hinds is a Belfast born award winning actor, who honed his craft in theatres around the North of Ireland.  After making his film debut in ‘Excalibur’ (1981), Hinds continued with a string of stage and film roles in features such as "The Cook, the Thief, His Wife & Her Lover', 'Road to Perdition', 'There will be Blood', 'In Bruges', ‘Harry Potter and the Deathly Hallows’,  'Tinker Tailor Soldier Spy', and  'Belfast',  for which he is nominated for an Oscar. He is also known for his voice roles in animated films such as ‘Frozen’ and ‘Justice League’. Ciarán’s television roles include ‘Rome’, ‘Game of Thrones’, ‘Kin’, and ‘The Dry’. ‍

‍Stephen Warbeck is an English Oscar Award-winning composer, best known for his work on television and film. He has composed the music for ‘Prime Suspect’, ‘Mrs. Brown’, ‘Mystery Men’, ‘Billy Elliot’, ‘Quills’, ‘Captain Corelli's Mandolin’, ‘Charlotte Gray’, ‘Proof and Princess Kaiulani’ and ‘Shakespeare in Love’ for which he won an Academy Award.

We will screen 'The Man in the Hat', the directorial debut of Stephen Warbeck which stars Ciarán Hinds. Stephen scored the film and has a cameo role in the film.

Set in the picturesque landscapes of France, the near-silent movie experience follows the journey of 'The Man in the Hat' played by Ciarán Hinds as he meets various mysterious strangers in a series of eccentric encounters. Warbeck says, 'Tthe Man in the Hat', represents an everyday character who reflects what we all experience, lives full of peculiarities and unexplained encounters. Though largely silent, the film is interrupted by regular bursts of music which forms an  additional character in the narrative.

As part of our focus on Music in Film, Stephen will run a Composition Masterclass, moderated by Maurice Seezer.

Watch Oscar winning Composer for Screen, Stephen Warbeck, composing in real time, see first-hand how he works.  This two hour workshop will detail how the composer embarks on the creative process of working on a piece of music. This workshop is suitable for Composers.

During the festival Ciarán Hinds will be in Conversation with Siobhán McSweeney of Derry Girls fame. This will include the screening of clips of film from Ciarán career so far.