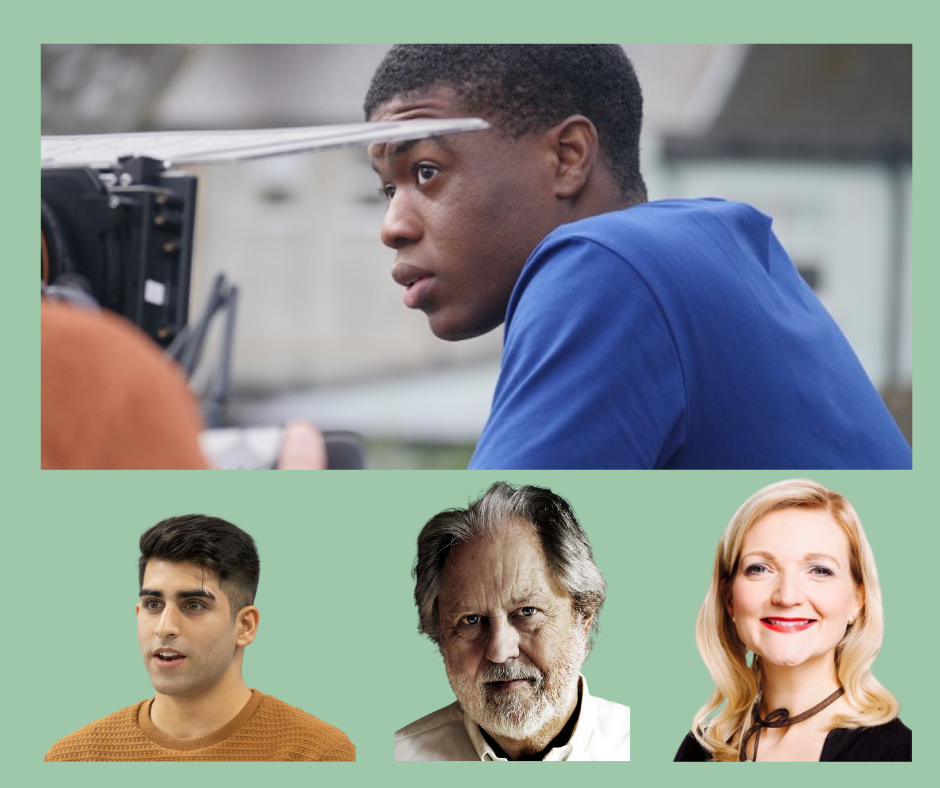 Friday May 27th: Screening of the short film 'Water Under the Bridge' followed by Q&A with Rehan Ali the Director, David Puttnam & Ciara Chambers UCC Department of Film and Screen.

Rehan Ali born in Pakistan and moved to Cork at the age of seven was one of Eight UCC students in 2020 awarded the title of Puttnam Scholar, offering students from any discipline the opportunity to learn from David Puttnam. Rehan's extraordinary story saw him emerging from ‘special provision’, study Neuroscience and then produce a short film from personal experience.

‘Water Under The Bridge’ follows Bilal who has just arrived in a small Irish town. Ignoring his father's warnings, he leaves the confines of Direct Provision to venture into this new world. He meets three local teens and their interaction is the catalyst to a self-realisation that could change everything.

"The journey of a refugee does not come to an end when they reach their refuge. Instead, a new journey begins, one that brings its own struggles.

Sunday 29th May, screening of the short film ‘Direct Division’ .

In 2019 the Ombudsman for Children’s Office interviewed a group of children and young people about their experiences of living in direct provision, their past journeys and hopes for the future. The film combines filmed interviews with dramatised narratives informed by their stories. It amplifies the voices of children who are seldom heard.

This documentary, mainly based on interviews and archive material, explores how Desmond Tutu created and supported a “safe space” for people to express their creativity during the worst years of apartheid oppression. His commitment did not end with the demise of apartheid, he continued to hold the post-apartheid government accountable. Desmond Tutu’s struggle for Humans Rights and Democracy was based on his beliefs but not restricted to people who shared his faith. The film does not intend to portray him as faultless, but to celebrate a person who selflessly defended his principles with grace, humour and enormous courage.

Sunday 29th May: 'What makes a compelling human rights doc?'

The students will lead a discussion of how they judged the award and the sorts approaches that make a film stand out from a human rights point-of-view. Examining clips from this year’s Fastnet entrants, as well as previous student work, the panel will explore how to balance, the motivation to raise important subjects with the need to find compelling human stories that can drive a narrative.

The Inaugural An-Sophie Fontaine Human Rights Award in Documentary Film of €500 will be presented at the awards ceremony.