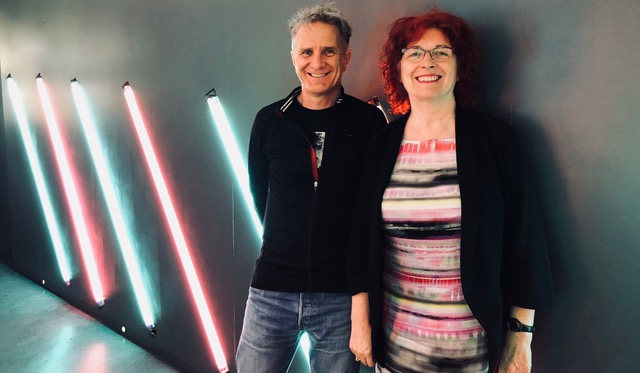 FFF Patron, Lord David Puttnam, is a film producer, educator, environmentalist and former member of the House of Lords. His productions include ‘Chariots of Fire’, which won the Academy Award for Best Picture, ‘The Mission’, ‘The Killing Fields’, ‘Local Hero’, ‘Midnight Express’ and ‘Memphis Belle’. In 2019 he was appointed chair to the select committee on democracy and digital technologies. David is the Chair of Atticus Education, an online education company founded in 2012 that delivers audio-visual seminars to students all over the world. David will take part in the following events:

Directed by Virginia Heath. Writers Virginia Heath and Grant Keir will introduce the film.
From Scotland With Love is a BAFTA nominated feature documentary film. It is created from a vast tapestry of archive Scottish film footage, woven together by an original score by Scottish musician and composer King Creosote. A journey into our collective past, the film explores universal themes of love, loss, resistance, migration, work and play. Ordinary people, some long since dead, their names and identities largely forgotten, appear shimmering from the depth of the vaults to take a starring role. Brilliantly sewn together, these silent individuals become composite characters, who emerge to tell us their stories, given voice by King Creosote's poetic music and lyrics.